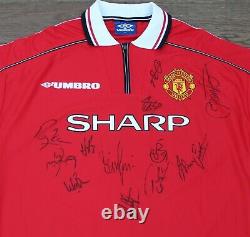 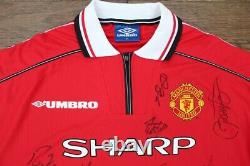 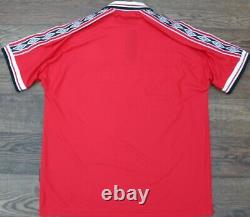 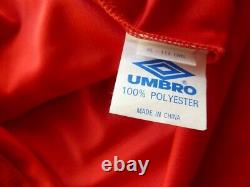 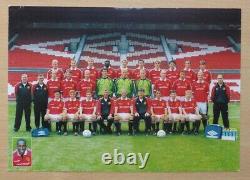 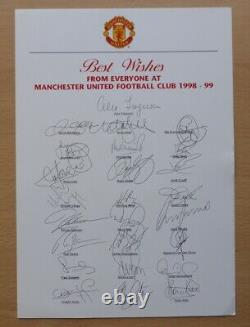 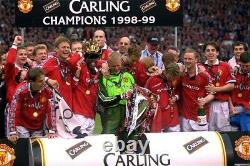 Autographs include David Beckham (Rare), club captain Roy Keane, scorer of the winning goal in the Champions League Final, Ole Gunnar Solskjaer + Andy Cole, Jesper Blomqvist, David May, Henning Berg, Wes Brown, Denis Irwin, Phil Mulryne, Ronny Johnsen and John Curtis. The shirt is in fantastic condition, front and back, as photographed. The front zip works but has snapped at the top which is typical of these treble season shirts. It comes complete with COA issued by Footy Autographs and an original and official Manchester United 1998-99 double sided squad signature card. A complete signature map is also included to further support autograph identification.

A potentially unique shirt, perfect for the specialist Manchester United memorabilia collector. Below is an example of the COA you will receive. Your COA will match your item. A Footy Autographs certificate of authenticity will be vital should you ever wish to resell your memorabilia in the future so keep your COA safe. We always aim to respond to messages within 24 hours however you will often get a reply within the hour.

This item is in the category "Sports Memorabilia\Football Memorabilia\Autographs (Original)\Signed Shirts\Premiership Players/ Clubs". The seller is "footyautographs-com" and is located in this country: GB.