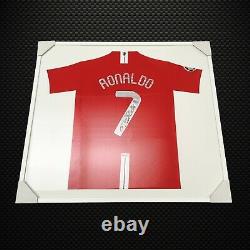 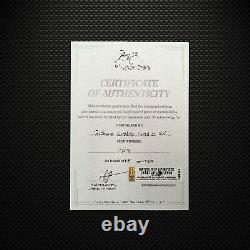 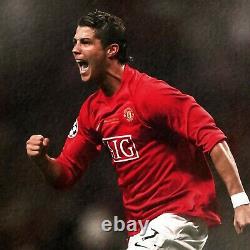 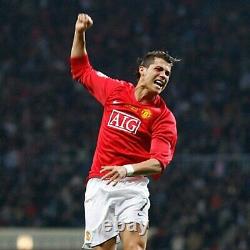 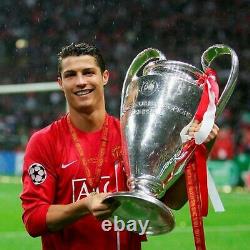 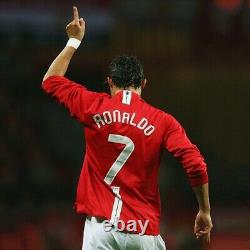 GOAT (Greatest Of All Time) Cristiano Ronaldo Manchester United 2008 Champions League Shirt. Cristiano Ronaldo is ranked by critics, peers and fans as one of, if not, the best player in the history of Football and a global sports icon. Winning Club Football's biggest accolade the UEFA Champions League Trophy in Moscow 2008 demonstrated his credentials to be the greatest.

It was at Manchester United where he developed his colossal talent to reach the pinnacle of the sport and then with Real Madrid and the Portuguese national team. There is a difference between Messi and Ronaldo and I'll tell you what it is. I think Messi is a Barcelona player but Ronaldo could be playing for Stockport County and he would score a hat-trick.

He is brilliant in the air and he has two feet. This shirt is personally signed by Cristiano Ronaldo and bespoke custom framed by Central London's premier frame company. The perfect piece of memorabilia for fans or commercial sports related ventures which will undoubtedly increase in value and sentiment when he officially retires from the game. Official NIKE shirt with Champions league emblem, motifs, lettering and number 7.

Please note this is an autographed replica of the match shirt. Personally hand signed by Cristiano Ronaldo.