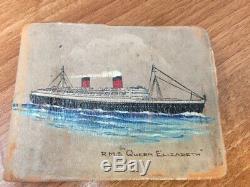 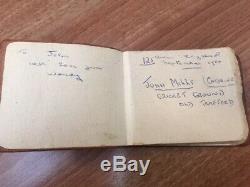 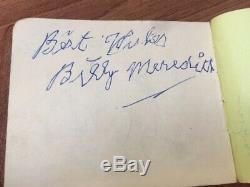 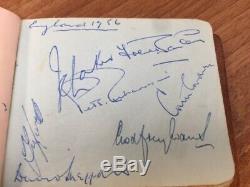 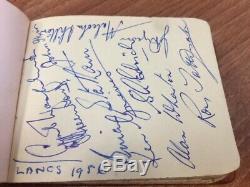 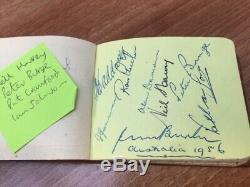 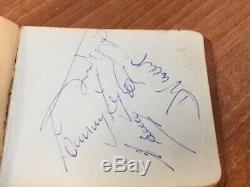 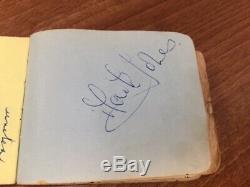 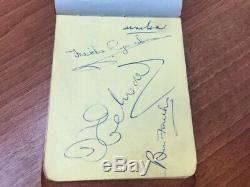 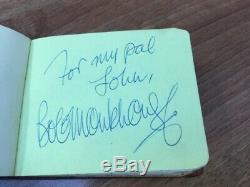 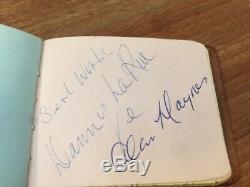 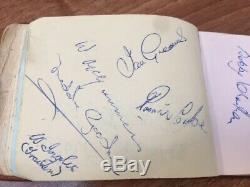 1950's Autograph Book 100% Authentic and a one off rarity, welcome to come and view. The Mega rare piece is one of the prides of my collection as i bought it to get Billy Meredith's autograph. The "Welsh Wizard" was a flying winger who played into his 40's (google him). He was so fast that he used to pass the ball up the line and then run out of play and then come back in and cross the ball..

There was a Messi and Ronaldo in the early 1900's this was him. He won the FA Cup for the first time in United's history in 1909 then went on to play for Man City. There are a lot of 1950's autographs and i suppose the pages were signed in cronological order so it will all stack up.

Page signed by Roger Byrne , Wilf McGuiness, Freddie Goodwin + 2 (the auto was in pencil and has been over written in biro or vice versa). Page Signed by 6 of the England 1956 Cricket Squad. Page signed by the 10 of the Lancashire 1956 cricket squad.

I can only list 12 pictures so if you need more then contact me and i will send the others. It would be more profit to sell pages individually but would rather sell in 1 lot. This is one of the prides of my collection, more to follow so good luck and i hope you like it. Ask for my number if you need to speak to me about it. The item "Man Utd 50's Book Signed by Billy Meredith, Duncan Edwards, Tommy Taylor, etc" is in sale since Sunday, April 12, 2020.