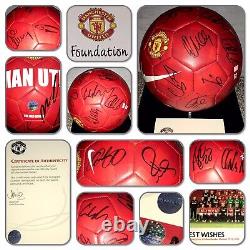 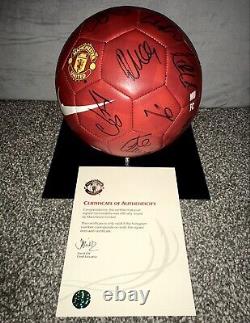 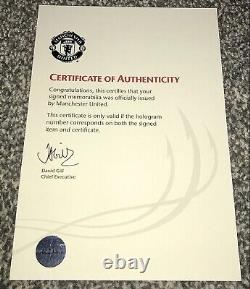 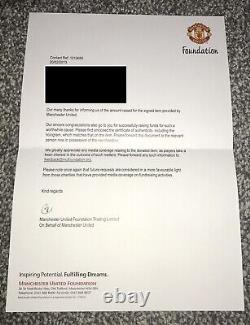 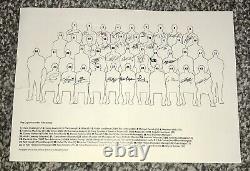 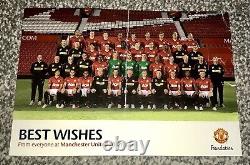 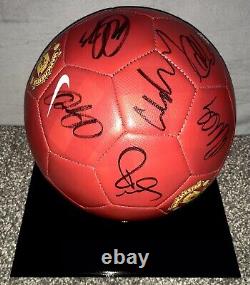 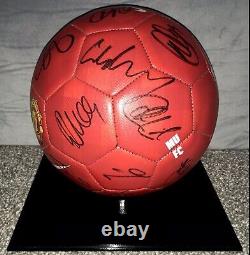 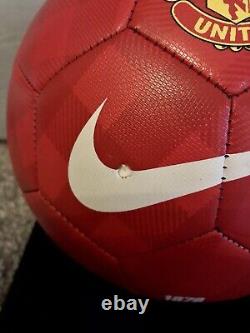 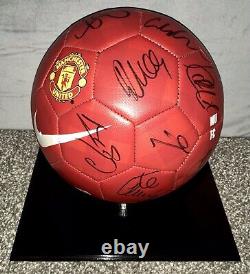 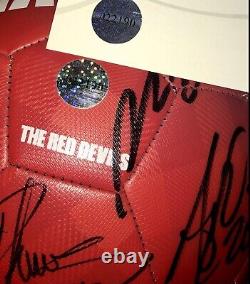 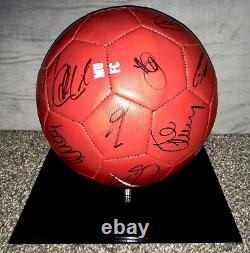 Alex Ferguson's final season in charge at Old Trafford. The football has been signed in black marker pen by 16 players including De Gea, Giggs, Rooney, Van Perise, Scholes and many more. Also included with this item is an official Certificate of Authenticity featuring a uniquely numbered hologram sticker; which exactly matches the sticker on the football itself. There is also a letter from the Manchester United Foundation with information on how this was obtained as well as a'Best Wishes' card from MUFC! I have identified all the players who have signed the football, as below. The football inflates perfectly and would look amazing on display. Please note the tiny chip in the Nike tick on photo 9. Doesn't affect the football at and it doesn't cover any autographs. This item is in the category "Sports Memorabilia\Football Memorabilia\Autographs (Original)\Signed Shirts\Premiership Players/ Clubs".